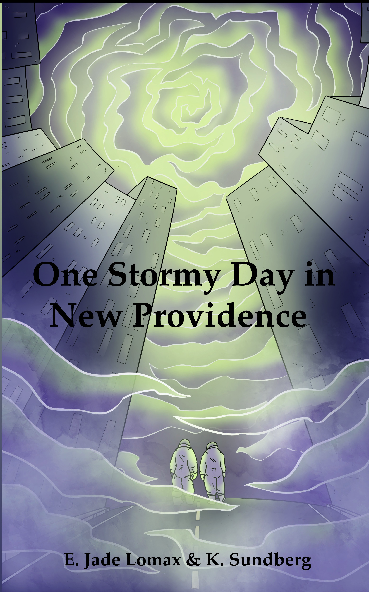 An heiress, a diplomat’s daughter, an undercover auditor, a corporate spy, an ex-detective, and a fraud walk into the small field office of a major insulation corporation. Half are there under their proper names. Only one is there to do the job they were hired for. The punchline is friendship.

The selfsame cast could also be described as five liars and one truth-teller; four on-the-clock employees and two interlopers; or a thief, three people trying to solve the same conspiracy from different angles, an ex-boyfriend, and a woman who desperately deserves a nap.

They are a single mom (and grandma!), a PhD candidate, the victim of a coercion campaign, a veritable genius with debilitating attention and anxiety disorders, a man trying very hard not to be in love, and a young woman who packs her girlfriend PB&J’s every day because it’s the only thing she can reliably make edible.

When a magical storm falls over the city– a storm that freezes not the flesh from your bones, but fries the circuits in your brain– our crew of technicians and tricksters must set out to fix all that’s gone wrong.